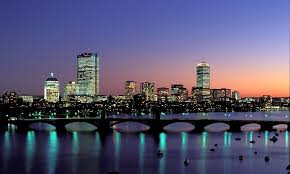 Those of you who spend time with me and are aware of my obsession with London may be interested to read this entry. You might call this is just a slightly belated love letter to Boston‘s recently departed and beloved Mayor, Tom Menino.

I have spent the past couple of years trying to find my place in my adopted home of Boston. Now, I’m not going to bitch about the weather, which is obvious (the weather just plain sucks here) or the restaurants, which are amazingly mediocre for such an affluent, educated, and diverse city.

It’s just that I missed the incredible intellectual, ethnic, cultural, and gastronomic diversity of my former home. It was in London that I realized that New York may be the financial capital of the world, but it is far from the world’s greatest city.

Today I am here to say that with each passing day Boston becomes more and more of a fantastic place to live, a world city. The diversity here across many parameters continues to surprise me in a positive way. I am beginning to feel like I did in London. Not a day passes in which I don’t have multiple interesting conversations on a world of topics with well-informed, thoughtful people. Most of these conversations involve people with ideas of how to make the world a better place. This desire is found in both the private and public sector and is something I usually found missing in New York where it is always about the money.

Every day with I meet people from different disciplines, different countries, different races and religions. Most are drawn here by the fact that unlike many other places in America, Boston welcomes different types of people and ideas. We have yet to fall into the myopic, nativist dialog that has gripped much of America.

This diversity and the fact that it’s welcome here has been highlighted to me twice in the past month or so. On the first occasion, I was looking at an apartment that was for sale in Brighton, a part of Boston. When I arrived the place was packed with twenty prospective buyers more than half of who were of Asian origin. Why were they there? Well it was to purchase a residence for their children who may attend one of Boston’s diverse colleges, or to move here for a career, or as an investment in a city with strong and stable real estate values, or perhaps, like London, Boston is one of the few global landing zones for people who’s homes are in places that may not always be so safe. This is increasingly the case for people from many places.

The why doesn’t really matter. All of these people add to our intellectual capital, they add to our diversity, and they make Boston a more interesting place to live. Oh yeah, they sure help real estate valuations. That apartment I was looking at sold for 15% above the asking price that day!

The second example of this diversity came this week. I had the pleasure of attending Tech Stars, which is an annual event in which 12 of the best new innovators get to pitch their ideas to an audience of investors, media, and other innovators. Boston is riddled with these events, from Tech Stars, to Mass Challenge (which now has international spinoffs), to Social Innovation Forum, run by Root Cause for innovations for with social benefit.

We got to hear twelve pitches, eight of which came from innovators born outside of the United States. The innovators came from five of the seven continents. It was great to see that all of these innovators came to Boston to pursue their dreams. Their ideas, hard work, and just their presence enrich Boston in many ways.

But why Boston? Well we have the greatest concentration of top universities in the world. We have access to capital both here and through New York a mere 200 miles away. We have a government led by people like Tom Menino, Deval Patrick, and our Senators Ed Market and Elizabeth Warren, who all understand that the nurturing of intellectual capital IS Boston’s and Massachusetts’s advantage and we don’t care where it comes from as long as it comes here and stays here. 10% of area college students are local products. 30% of all Boston area college graduates make their home in the area!

Perhaps most importantly Boston has a very large number of seasoned individuals from a diverse group of disciplines. An amazing number of them not only are willing to fund, consult, and mentor to people with ideas, we actively seek to do so. This passion for paying it forward is not only altruistic,  it keeps us fresh and involved, and it sets Boston apart as an area where we don’t care who you are or where you come from, what we care about is what you bring to our community.

So after two years, I get it. Boston is a small but very special place. Now if I could just get a decent slice of pizza…….

The battle to restrict big-ticket campaign contributions seems to have been lost. Perhaps there is a way to put some of this money towards supporting our democracy

I am waiting for the phone to ring. I’m a supporter of the Democrats and as of Friday my money is needed. The inevitable entry of Scott Brown to the New Hampshire Senatorial race will significantly up the cost of the election. In fact, the number whispered to me was $30 million. In 2008, the winner, Senator Shaheen polled just over 350,000 votes. Assuming that most of the electorate has already decided, that $30 million will be spent swaying 30,000 voters.

We should have the donors just write checks to the undecided and eliminate the need for a campaign.

Our American concept of representative democracy is under threat.

There are two primary threats to our democracy. First is the way we finance campaigns. America is the only major democracy that allows substantial contributions directly to candidates and indirectly to Political Action Committees. We are living in a pay-to-play system dominated by the super-rich, large corporations, and labor unions. Private equity pioneer Tom Perkins recently stated in an interview seen on CNN Money, “But what I really think is, it should be like a corporation. You pay a million dollars in taxes, you get a million votes. How’s that?”

The second threat is declining voter participation. Participation levels are as low as 55 percent in Presidential elections, with much lower turnout in off-year elections. For example, in 2013’s special election to fill John Kerry’s Senate seat in Massachusetts, for example, just 25 percent of eligible voters voted.

This combined with the way we finance campaigns leaves a small group defining and selecting who governs us. This is a significant challenge to the preservation of our democracy, and indeed to the greatness of our nation.

I propose that we use one threat to solve the other. Instead of restricting campaign contributions, which would take a constitutional convention, let’s tax them and use the revenue to create a dedicated fund to educate voters and drive up voter participation rates. This tax should be in the 30-50 percent range on all money spent by anyone on political speech, including self-funded candidates. There would be no exceptions. This would help ensure a level playing field.

Before screaming about more taxes or the fact that this will violate the right to free speech, just think about the possible impact.

First, a tax may give pause to some donors. Too much money invades our political process from a small group of people. If a tax slows the flow, then all the better.

Second, tax revenue spent on voter participation would have the most effect on voters having different views than those of the high-dollar donors. According to the US Census Bureau, voter turnout for individuals earning over $150,000 is almost 75 percent. For those with incomes under $30,000 it’s 45 percent. Using political donation taxes to fund voter participation and education programs will help restore balance to our political process without restricting political speech.

The money raised by taxing political contributions, which would amount to billions of dollars during a Presidential election year, could be used in at least three ways:

First, I would fund the teaching of civics in all public schools. Amazingly this isn’t part of the regular curriculum in most schools. People need to know how our system works for them to want to be involved. The good news is that there are groups that provide civics education. These organizations are small and dependent on private largess. Tax revenue would facilitate a broader rollout.

When I was in school perhaps most important was learning about our process of government: the three branches of government; the division between state and federal responsibilities; and the essential fact that Americans lived in a representative democracy. This was and remains central to our belief that we are the greatest nation in the history of mankind,

Next, we could use the funds for non-partisan voter registration and get-out-the-vote efforts. Instead of having campaigns roust their perspective voters, there should be a bipartisan effort to get everyone to vote. Thanks to studies by behavioral scientists, we have much more effective and less expensive ways to get people to vote. This includes helping people plan their voting (where will you vote, when will you vote) through commitment devices and making individuals voting habits public, which levers individuals’ sense of social responsibility.

Finally, the dedicated tax revenue should be used to provide tax credits to those who vote. Give every voting age American a tax credit. This idea also comes from the field of behavioral science. Give voters enough tax incentive to take action, but not enough to be too costly, say $50. If people vote, they keep the credit. If they don’t, they lose the credit. We know that people dislike losing money more than they enjoy gaining the same amount of money. This should provide a strong incentive to the potential electorate.

Our democracy is suffering. My proposal is not a panacea to what ails America. However, if we can increase voter participation by even just 10 percent, funded from some of the more egregious campaign finance abuses, it would serve to offset some of the imbalances that have grown significantly in the past 30 years.

I am certain of one thing: if corporations and labor unions don’t like this proposal, then I am certain that I am on the right track.